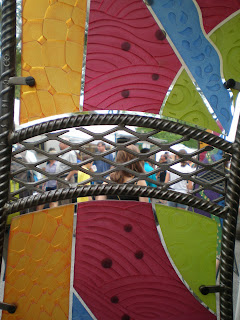 There were crowds Sunday afternoon on 4th Street

for the Annual Festival of The Arts & Crafts.


There were four blocks of booths

featuring the work of fantastic artists.

And in the middle of one street there was a stage. 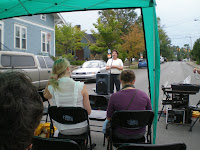 Well, sort of a stage. A microphone and speakers.

A set-up for a series of spoken word performances.

The Bloomington Storytelling Guild was one.

Patty started us off with an Irish tale. 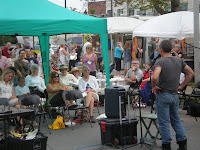 There was a nice shade for the audience, although more stood than sat.

Many folks browsing the fair stopped for a minute to listen.
We loved the overcast sky that gave everyone a respite from the recent heat and sun. 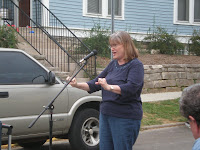 Mary even led a cheer for the thought of rain later on, while her story took place in an African drought. 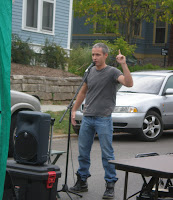 Josh had a snoring story from Sierra Leone in which one character managed to sleep - but no one else did! 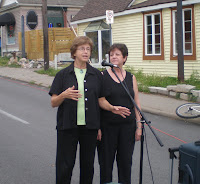 There was a tandem tale from Ginny and Dana - in which there was "No News". 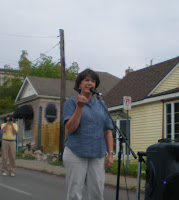 Stephanie gave the audience a little voodoo, and wrapped everything up with a drop of honey. 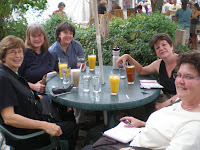 After the formal tellings, the stories continued as they often do.